OPEN AND SHUT CASE IN ANGLESEY

John McConnell's A Case Of You (Ire) (Hot Streak {Ire}), who improved off an Aug. 26 debut third at Bellewstown to garner a Sept. 4 Down Royal maiden last time, stepped forward to claim a career high in Sunday's rescheduled G3 Jebel Ali Racecourse & Stables Anglesey S. at The Curragh. The well-backed 6-1 chance, who also won' a July 29 Dundalk barrier trial, powered forward from a mainly level break to race on the front end after the initial steps of this black-type bow. Coming under pressure soon after passing the quarter-mile marker, he, quickened smartly to poach a decisive advantage passing the eighth pole and was ridden out to comfortably account for G2 Norfolk S. fourth Lipizzaner (Uncle Mo) by 1 1/4 lengths. The placed maiden Giuliana (Ger) (Muhaarar {GB}) outran her 18-1 odds and finished 1 3/4 lengths further adrift in third.

FIRST BLACK-TYPE SUCCESS FOR THE GURKHA IN THE WINTERFAVORITEN

Stall Lintec's Best of Lips (Ire) (The Gurkha {Ire}) provided Coolmore's first-season sire (by Galileo {Ire}) with his first black- type winner on Sunday when scoring with authority in the prestigious G3 Preis des Winterfavoriten at Cologne. Having won over nine furlongs at Dortmund Sept. 20, the 14-5 shot was forced to race wide throughout the early stages from his high draw as Franny Norton exercised restraint more than halfway down the field. Sent forward when straightened for home to take command passing the two-furlong pole, the bay galloped on strongly to the line despite looking at the stands and had 3 1/2 lengths to spare over Sea of Sands (Ger) (Sea the Stars {Ire}) there.

GOLDEN HORDE SUFFERS SETBACK, WILL NOT RUN IN CHAMPIONS SPRINT

Manton Park Racing's Method (Ire) (Mehmas {Ire}) is finished for the year and his long term goal is the G1 Commonwealth Cup S. at Royal Ascot next June. The chestnut won his debut at Doncaster this June and followed up with a listed score at Newbury on July 18. One of the leading fancies for the G1 Juddmonte Middle Park S. at Newmarket on Sept. 26, his saddle slipped and the Martyn Meade trainee could only manage eighth. He returned on Saturday with a good second in the G3 Cornwallis S., also at HQ. 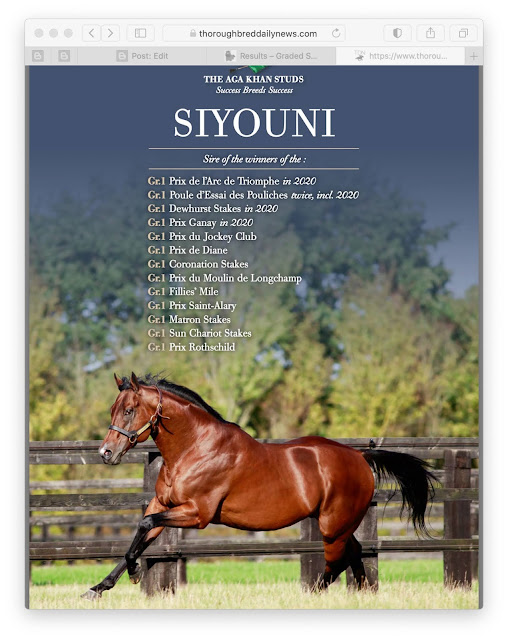 Publicado por Friends of Hallandale Beach Club at 12:31:00 AM