ADDEYBB IS THE CHAMPION AT LAST

All day long at Ascot, it was a case of deep-ground lovers need only apply and one who certainly fit that category was Addeybb (Ire) (Pivotal {GB}) and he duly carried off the feature G1 QIPCO Champion S. Going through the conditions with an ease his rivals could not match, last year's runner-up finally registered a first top-level success in Britain having annexed the G1 Ranvet S. and G1 Queen Elizabeth S. during a Spring campaign in Australia. Well-positioned in second by Tom Marquand throughout the early stages, Sheikh Ahmed Al Maktoum's 9-1 shot was committed two from home and saw off Skalleti (Fr) (Kendargent {Fr}) to score by 2 1/4 lengths, with the 15-8 favourite Magical (Ire) (Galileo {Ire}) battling into third, half a length away. On a day when his partner Hollie Doyle made the headlines, Marquand was grabbing his own share but was quick to heap praise elsewhere.

KAMEKO TO TWEENHILLS IN 2021

This year's G1 2000 Guineas scorer Kameko (Kitten's Joy and Sweeter Still {Ire}, by Rock Of Gibraltar {Ire})) will retire to Tweenhills Stud upon conclusion of his 3-year-old campaign this year.

In addition to the 2000 Guineas, which he won in race record time, Kameko won last year's G1 Vertem Futurity Trophy. He was fourth in three consecutive Group 1s this summer before besting older horses in the G2 Joel S. and is set to run in the Breeders' Cup. 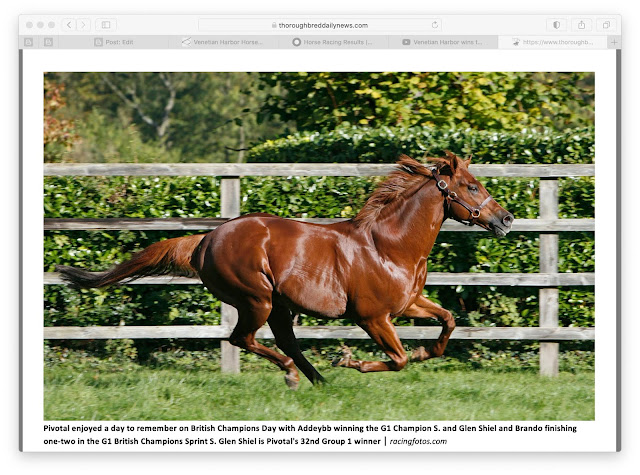 EVEREST NEVER A BRIDGE TOO FAR FOR CONFIDENT LES

Randwick trainer Les Bridge has been telling all and sundry for months that Classique Legend (Not A Single Doubt) would win the $15 million The TAB Everest and his prophecy came true in thrilling style on Saturday. Bridge took an unconventional training approach to fulfil his prediction with Classique Legend and it proved a masterstroke with the grey powering to victory in the richest turf race on the planet for Hong Kong-based owner Bon Ho. While many of his sprinting peers were enjoying time out during the winter, Classique Legend had been kept in work with a winning outing in the Listed June S. to keep him ticking along. Bridge then started to get more serious and sent the 5-year-old to land the G2 The Shorts last month and a runner-up finish in the G2 Premiere S. earlier this month had him strip at his very best on Saturday.