Continuing a trend of short-priced horses drawing outside at Monday=s Rood & Riddle Breeders' Cup Post Position Draw, the potent trio of Bob Baffert contenders in the GI Longines Breeders' Cup Classic drew next door to each other in the three widest posts in a loaded 10-horse field for the 1 1/4-mile test.

Given a slight nod on the morning line at 5-2, Improbable (City Zip) was parked in the eight-hole when pills were pulled. The TDN Rising Star', who had an up-and-down 3-year-old season, has come into his own at four, scoring three straight Grade I tallies in the Gold Cup S., Whitney S. and Awesome Again S.

One slot to his outside is Baffert's GI Kentucky Derby winner Authentic (Into Mischief). The last horse standing for his powerhouse barn in the Run for the Roses after several of Baffert's top contenders dropped away through the season, Authentic went wire to wire and gamely repelled odds-on favorite Tiz the Law (Constitution) to score. Given a 6-1 chance, he comes off a narrow runner-up finish to the game Swiss Skydiver (Daredevil) in the GI Preakness S.

Widest out is 7-2 Maximum Security (New Year's Day). The biggest lightning rod of a horse in recent memory, the Gary and Mary West homebred was famously disqualified from a victory in last year's Kentucky Derby for interference before going on to win an Eclipse Award as champion 3-year-old male. Cont. p3

Affair, by A.P. Indy) will take up stud duties at Pope McLean=s Crestwood Farm in 2021. Bred and raced by Chiefswood Stables and trained by Graham Motion, the 6-year-old won the 2018 and 2019 renewals of the GIII Bold Venture S. In his final trip to the post, Yorkton was third in this year=s GII True North S. at Belmont Park. On the board in 11 of 22 starts, he retires with seven wins and earnings of $501,002. 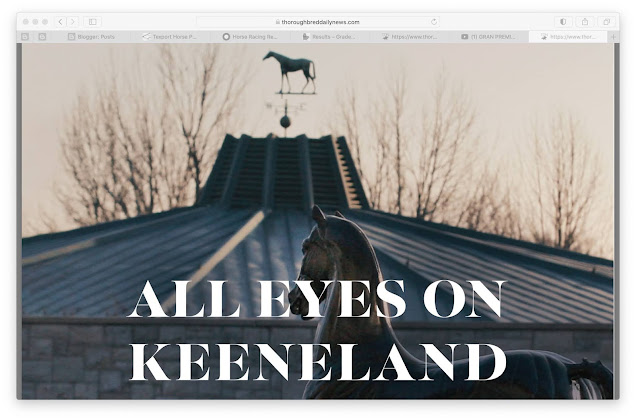 Princess Secret (Khozan), winner of the Susan=s Girl S. and My
Dear Girl S. for owner and trainer Daniel Pita, was denied entry into Friday's GI Breeders' Cup Juvenile Fillies after testing positive for a banned substance. An Oct. 26 blood test administered by the Breeders' Cup Out-Of-Competition program turned up the presence of Stanozolol, an anabolic steroid expressly prohibited by Breeders' Cup under its conditions of entry.
According to Breeders' Cup constructs, any horse that tests positive for anabolic steroids or any ARCI-prohibited substances in any out-of-competition sample within six months of participation in the Breeders' Cup is ruled ineligible to participate. Cont. p4 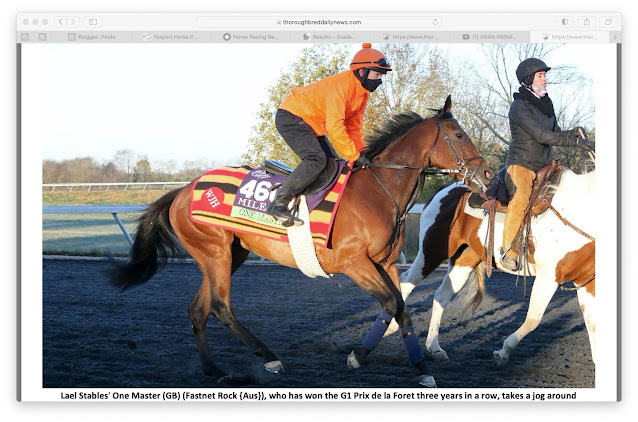