by Katie Ritz
Kentucky Derby and Breeders' Cup Classic winner Authentic (Into MIschief--Flawless, by Mr. Greeley) has been retired to Spendthrift Farm, where he will stand for a fee of $75,000 S&N, the farm announced Monday morning, two days after his Classic win. He arrived at Spendthrift at around 10 a.m. Monday, led off the van by his trainer Bob Baffert, who proclaimed, "There he is. The best horse in America."

Spendthrift Picks Up Where It Left Off

After a night of heavy bidding across town at Fasig-Tipton and a morning welcoming GI Breeders' Cup Classic and GI Kentucky Derby winner Authentic (Into Mischief) into retirement at the farm, Spendthrift Farm General Manager Ned Toffey was back in action at the first session of the Keeneland November Breeding Stock Sale. Bidding on behalf of B. Wayne Hughes's operation, Toffey went to $1.5 million to acquire Queen's Plate winner Holy Helena (Ghostzapper) (hip 28) from the Hidden Brook consignment. The 6-year-old mare sold in foal to Quality Road. 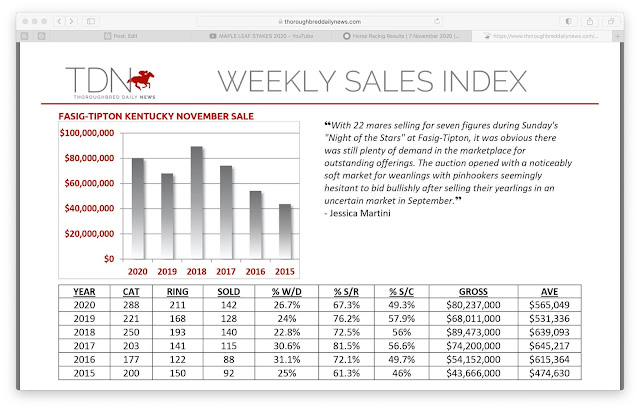 Breaking Lucky (Lookin At Lucky--Shooting Party, by Sky Classic), winner of the 2015 Prince of Wales S. in Canada and a Grade III winner and treble Grade I-placed later in his career, will continue his stud career at Pleasant Acres Stallions in Morriston, Florida, in 2021. He will stand for a fee of $5,000.

Bred in Ontario by Christine Hayden, Breaking Lucky was a solid fifth to Shaman Ghost (Ghostzapper) in the 2015 Queen's Plate before turning the tables in the second leg of the Canadian Triple Crown at Fort Erie. Winner of the GIII Seagram Cup S. on the Woodbine synthetic in 2016, he hit the board behind Gun Runner in the 2016 GI Clark H., the 2017 GI Stephen Foster H. and 2017 GI Whitney S. 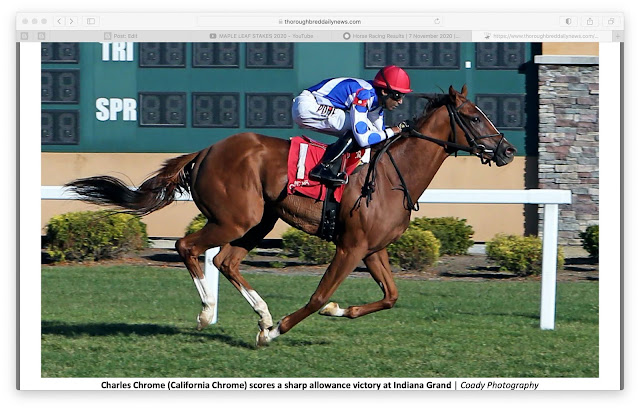