HORSE OF THE YEAR, CHAMPIONSHIPS UP FOR GRABS IN BREEDERS' CUP

In an atypical year for horse racing in which COVID-19 has played havoc on just about everything, it will be a typical Breeders' Cup Saturday, at least on the racetrack. Including also-eligibles, 104 horses have been entered to contest the nine races that will be offered and the list includes a who's who of the best horses not just in North America but in the world.

Between the two days of racing, the Breeders' Cup could decide every Eclipse Award race but the 3-year-old filly championship, where Swiss Skydiver (Daredevil) is heavily favored.

"That's what the Breeders' Cup is about," trainer Bob Baffert said. "The cream comes to the top."

The Keeneland card begins at 10:15 am with the Perryville Stakes. The first Breeders' Cup race will be the GI Breeders' Cup Filly and Mare Sprint, which is set to go off at 12:02 pm. Television coverage will begin at noon on NBCSN. At 2:30, NBC will pick up coverage, with the show concluding at 5:30. It appears that the weather will be ideal. The Saturday forecast for Lexington is calling for sunny skies with temperatures in the mid-seventies.

Friday's late news included the announcement that jockey Christophe Soumillon had tested positive for COVID-19 and will be off his mounts.

Back in March, when the coronavirus began to upend life as we know it, holding events like the Triple Crown races or the Breeders' Cup was less than certain. By early summer, most major racetracks had resumed racing, but it was not quite the same. For the most part, fans were not allowed to attend and most tracks had to enact healthy purse cuts, especially when it came to their stakes schedules. Cont. p4

Overcoming trouble to take his Churchill sprint unveiling in Rising Star' fashion Sept. 5 and a clear-cut winner of the
GI Claiborne Breeders' Futurity over track and trip Oct. 3, Essential Quality was considered by the market to be the second-likeliest winner at 7-2 behind undefeated Jackie's Warrior (Maclean=s Music), the winner of the GI Runhappy Hopeful S. and GI Champagne S. who had to contend here with two turns for the first time and expected hot pace.

Essential Quality settled in midpack around the first bend and behind a scramble for early position that saw Jackie's Warrior tugging eagerly from just behind the leader. The field was strung out behind opening splits of :22.58 and :45.31 over a surface that had been playing kindly to speed, and the grey Essential Quality began to catch the eye out wide while heading into the second turn as Jackie's Warrior made his move to confront leader Dreamer's Disease (Laoban). Cont. p7

Out of the gate like a shot, Aunt Pearl went straight to the front and opened a two-length advantage over undefeated French Group 1-winner Campanelle (Ire) (Kodiac {GB}) through a quarter mile in :22.55. Still moving comfortably through a :47.30 half, the Brad Cox pupil was clear turning for home, turned on the boosters in the stretch, and, despite Mother Earth (Ire) (Zoffany {Ire}) and Miss Amulet (Ire) (Sir Prancealot {Ire})'s best efforts to close on the pacesetter late, both were unable to reel in the favorite. Mother Earth bested Miss Amulet by a neck for second.

Randall Lowe's speedy homebred Golden Pal (Uncle Mo) overcame the 13 hole and a few awkward strides to kick off the Breeders' Cup action Friday while providing trainer Wesley Ward with his second consecutive victory in the GII Juvenile Turf Sprint. Looking to avenge his dam Lady Shipman (Midshipman)'s neck second in the 2015 GI Breeders' Cup Turf Sprint over this same course and distance, the 4-5 favorite blasted out of the gate and cleared off early until Irad Ortiz, Jr. tapped on the brakes and Golden Pal began to toss his head about. The chalk was swamped on both sides by foes approaching the turn, but was given his head again and began to edge clear around the bend. He was a couple lengths clear and seemingly on cruise control heading for home.

SOUMILLON POSITIVE FOR COVID, OUT OF BREEDERS' CUP

French-based jockey Christophe Soumillon has tested positive for COVID-19 and has been stood down from his rides on Tarnawa (Ire) (Shamardal) and Order of Australia (Ire) (Australia {GB}) in Saturday's GI Breeders' Cup Turf and GI Breeders' Cup Mile, respectively. Colin Keane will take the ride on Tarnawa, and Pierre-Charles Boudot has been named on Order Of Australia.

Jason Servis and two veterinarians involved in the scheme to allegedly drug race horses could be spending considerable time in prison after the United States Attorney for the Southern District of New York released a superseding indictment Friday that includes the charge of Mail and Wire Fraud Conspiracy. The maximum sentence under federal guidelines for the charge is 20 years.

Five individuals named in the original indictment were not included in the superseding indictment, including former Servis assistant Henry Argueta. That could lead to speculation that the five are cooperating with law enforcement authorities. 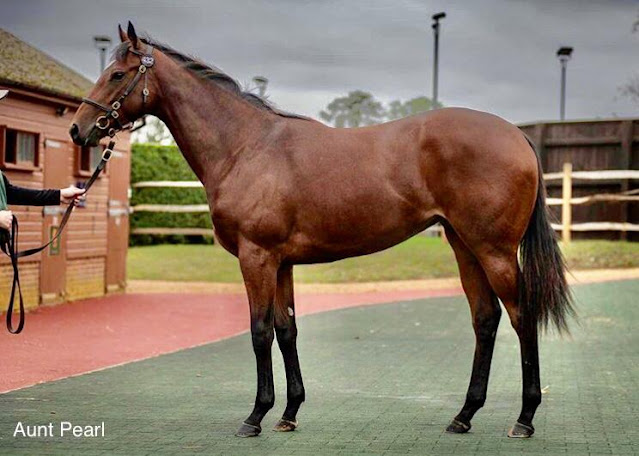