LEXINGTON, KY–With the breeze-up sales having been thrown into turmoil in the midst of the coronavirus pandemic this spring, Yorkshire trainer Nigel Tinkler found himself with an important decision in his hands. Breeze-up consignors Roger Marley and John Cullinan, like others in the sector, had begun offering some of their pinhooks privately in an effort to soften the financial blows of the global economic crisis, and Tinkler was offered his choice of colts by Kodiac (GB) and Dandy Man (Ire) for his clients Martin and Lisa Webb. 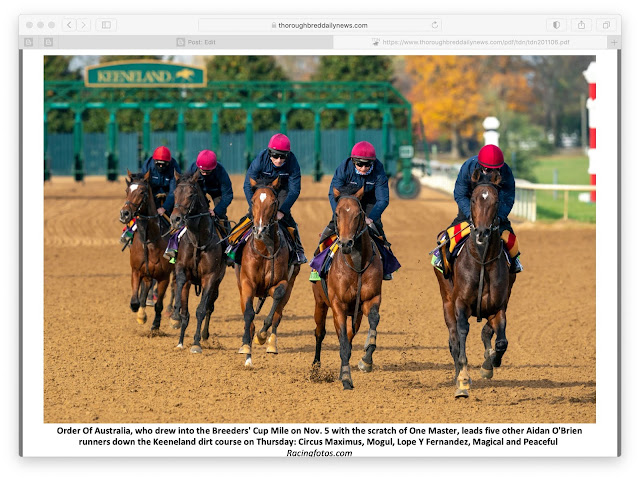 MGSW & G1SP Gutaifan (Ire) (Dark Angel {Ire}) will stand at Alain Chopard’s Haras des Faunes in 2021, France-Sire reported. Formerly at Yeomanstown Stud in Ireland, the grey’s oldest foals are 3-year-olds. He was purchased by Chopard and will stand for €3,500.