Bred by the partnership of John Malone=s Ballylinch Stud and Frenchman Lucien Urano=s Ecurie des Charmes, Aunt Pearl was presented in the ring during Book 1 of the Tattersalls October Yearling Sale last year. At 280,000gns, she was the most expensive of nine fillies bought between Books 1 and 2 by Liz Crow and Brad Weisbord of BSW Bloodstock, who were shopping at the sale for the first time for a new venture headed by prominent American owners Sol Kumin and Michael Dubb to target European-bred fillies to run on the turf in the U.S. Cont. p2

A pair of proven sires will be available for i7,000 at Quesnay: Derby winner Motivator (GB), who is the sire of dual G1 Prix de l=Arc de Triomphe winner Treve and has made a name for himself as a sire both on the flat and over jumps; and Anodin (Ire), a top 10 European third crop sire responsible for four stakes winners.

Completing the Quesnay roster is dual Group 1 winner Recoletos (Fr) (i6,500), whose first foals arrived this year, and Attendu (Fr), whose first yearlings were sold this year. He will stand for i3,000. 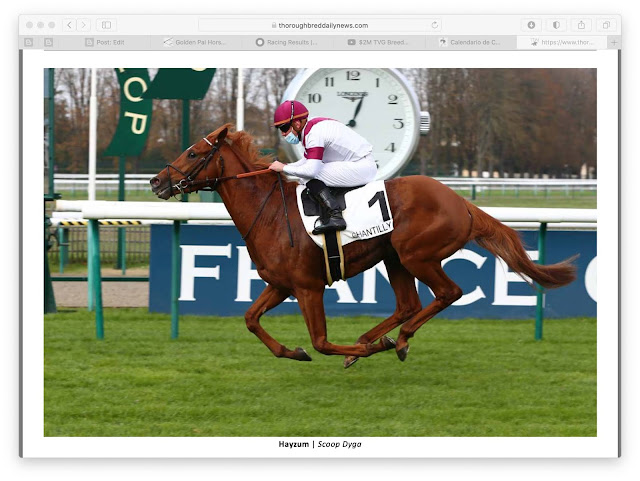